Jennifer Lopez, Penelope Cruz, Beyonce, Kendra Wilkinson, Catherine Zeta Jones, Gwyneth Paltrow, Victoria Beckham… We all heard the news of their pregnancy. But why whenever we get to see them again after delivery, they seem like they have never been pregnant?!! On average, it takes a new mom just as many months to take off the baby weight as it does to put it on.

When you’re talking Hollywood moms, they have access to all the top trainers, meal plans, and nutritionists that money can buy, which sometimes speeds up the process. But that doesn’t necessarily mean they don’t have to work just as hard as the rest of us. “For the most part, all of these women have been super-motivated to get back to their pre-pregnancy weight and shape as soon as possible. Of course they are also very concerned with their baby’s needs and their own health, neither of which should be compromised,” Keller says.

In Wilkinson’s case, the naturally athletic ex-playmate turned to celebrity fitness trainer Nicky Holender after giving birth to her baby Hank Jr. in 2009. The 24-year old has been very open about her struggles to lose weight, after adding more than 50-pounds to her petite frame during pregnancy. She even stopped wearing her wedding ring because it no longer fit.

Here’s How 5 Celebrities lost weight after having their babies…

J.Lo lost 40 pounds after having her twins. Jennifer Lopez worked out for 45-to-75 minutes four times a week so. Her post-pregnancy diet plan is similar to the “How to lose 20 pounds in 3-to-4 weeks plan” .

Victoria Beckham is the biggest loser when it comes to baby weight. The fierce fashionista has never had a problem getting back into her designer duds after giving birth. Just six months after having Harper, Posh was already modeling lingerie in fashion magazines.

Beyonce had no problem looking Bootylicious months after giving birth to Blue Ivy Carter. The superstar was back on the stage donning sexy, barely-there costumes months after welcoming her first child, claiming that she dropped 60 pounds from the treadmill and eating lettuce.

Catherine Zeta-Jones lost the 50 pounds she gained while pregnant with the Atkins diet by eating more low-carbohydrate and high protein foods like lean meats, fish and veggies.

Gwyneth Paltrow looked slim and stunning at a Los Angeles gala just weeks after giving birth to her daughter Apple.

Here are some tips to help you lose post-pregnancy weight

Before you begin any exercise program, talk with your doctor about when it is safe to begin. Many doctors recommend you wait until your six-week check-up.

Anne Smith states on her website, Breastfeeding Basics, that fully breast-feeding women burn several hundred extra calories every day just in the process of feeding the baby and continuing to produce breast milk.

Begin exercising as soon as your doctor gives you the green light, many doctors recommend you to wait until your six-week check-up. You may have a few months after having the baby to start exercising, especially if you have a Cesarean birth.

Don’t forget to take easy and don’t be too hard on yourself. For you “normal” moms, a few hours of training sessions per day are more than enough. It’s time to remember the real work you’ve done and hold your baby in your harms. Drink water instead of high sugar drinks like juice, lemonade. You can cut out hundreds of calories a day this way. 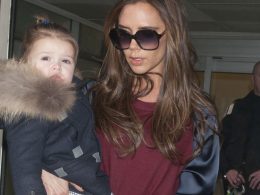 Victoria Beckham The New Mum with the perfect shape – Wonder how She does it ? 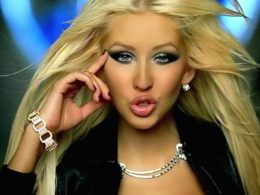 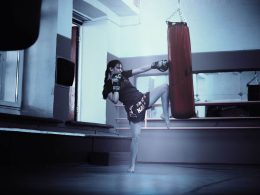 Burn your belly fat and get back to flat 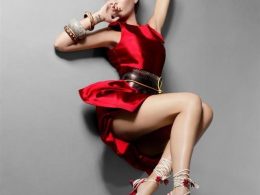