Graham Elliot: Weight is something I’ve battled all my life

The Chicago-based chef, who underwent surgery for a sleeve gastrectomy on July 16, has lost a dramatic amount of weight already.

The chef, who stands 6’1″, admits that slimming down hasn’t come easy.

“The hardest part is relearning how to eat,” he admits. “And temptation is still hard for me. If friends are eating fast food or baking fresh chocolate chip cookies, it’s difficult not to grab even a tiny piece. Mentally, I’ve got to start thinking of that stuff as the enemy.”

“We did a party the other night at one of my restaurants that was soul food – fried chicken and all these great things – and I didn’t have one piece because I knew it wouldn’t be worth it,” he says.

“I keep thinking tomorrow I could plateau. I have to keep working. I can’t just sit all day on the couch and expect the weight to come off. My goals are my new focus instead of food.”

One new goal? He’d like to run the Chicago Marathon next fall.

For now, Elliot has started to do some push-ups, hopes to begin jogging soon and is already rethinking his wardrobe. “My clothes are all too big so I’m a frequent shopper at Target now – especially for something with drawstrings,” he says.

Even his culinary repertoire appears to be changing a bit. So bands like Vampire Weekend and Mumford & Sons should be prepared when Elliot cooks for them backstage at Lollapalooza this weekend.

“Before I might have played up the whole fat guy thing. ‘How much butter and cheese can I add to stuff?’ ” he says. “Now I’m starting to think healthier. I look at it more philosophically. ‘How do I take care of people?’ I’m thinking of doing a very light and healthy [meal], almost vegetarian with some protein, like poached halibut.”

“Weight is something I’ve battled all my life,” says Elliot, who spoke to PEOPLE just days before the laparoscopic surgery. “It’s hard to get in and out of a car, tie my shoe or play with my kids.”

“What’s going to make me healthy is the most important thing right now so I can enjoy my kids and be around long enough to see them grow up.”

“I will feel full quicker because my stomach is that much smaller,” explains Elliot. “I won’t need six cheeseburgers to feel full.”

The Chicago-based chef, who became the youngest 4-star chef in the U.S. at the age of 27, notes that his career was also a consideration.

“Because of my line of work, the doctor specifically thinks this is the surgery best suited for me,” he says. “With gastric bypass and other surgeries, there’s some ingredients you can’t eat because it will cause you to get sick. This procedure will allow me to still taste and try everything.”

“It was a relief that somebody was helping me make this decision and stick with it,” he says. “It’s like I’m somebody who is way past their prime and that shouldn’t be the case at 36. Throw in gout and high blood pressure and the history of strokes and heart attacks in my family … this is something that has to happen.”

Looking towards the future is helping to fuel that motivation. Elliot says doctors predict he could lose up to 100 pounds in six months.

“My biggest goal is to start running,” he says of his future plans. “I’m super excited to run miles on a treadmill.”

“My sons are very happy that I’m going to be able to play with them like my 61-year-old Dad. He’s a fit guy who likes to wrestle with my kids.” 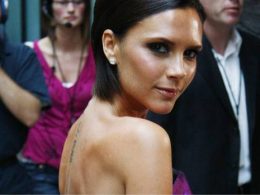 Victoria Beckham’s Slim Figure – How Does She Do It? 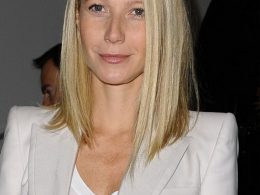